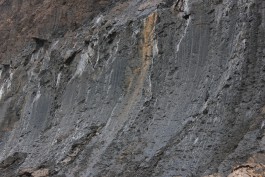 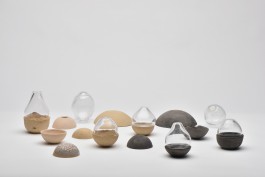 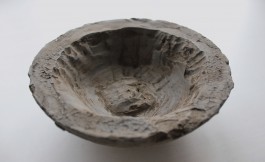 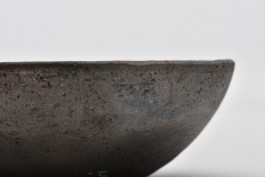 In the course of the 19th and the entire 20th century, the culture and landscape of Lusatia was shaped by the brown coal industry and extensive open-pit mining. Brown coal is a soft combustible sedimentary rock that is formed from naturally compressed peat - an accumulation of partially decayed tropical vegetation or organic matter, buried especially during Carboniferous and Permian Age.

Since the invention of electricity, brown coal extraction and use has had very distinctive economic and cultural meaning, being inseparably associated with an energy resource. For the postcarbon project, the main aspiration has been to broaden the meaning and purpose of this material and its context. The basic idea for re-signifying (re-coding) the coal came from its clay-like plasticity, suggesting that coal could potentially offer completely unexpected use in the line of traditional pottery materials.

This discovery instigated a number of investigations and tests, examining the specific properties of the found material, such as: its reaction on firing at different temperatures, changing its viscosity through addition of water, creating three- dimensional shapes, mixing it with other material particles, or applying glaze.

The Descendent Forest aims to provoke a reflection about the value, meaning and use of materials, in this case - the brawn coal. Coal, a millennial fossil, a deep soil layer - whether taken from an artificial lake or at the mines - is part of the Lusatia scenario. By re-writing the meaning of coal, the way to look at this material changes, or it is for the first time perceived differently. Thus, a new connection with the Lusatia region itself may be established.

Subsequently this project is not about the production of objects or artifacts. Rather it is about an aesthetic experiment aiming at a potentially new view at the ancient tree fossils; as well as about alternatives for using an existent local material left over after the transformations caused by humankind geological interventions.